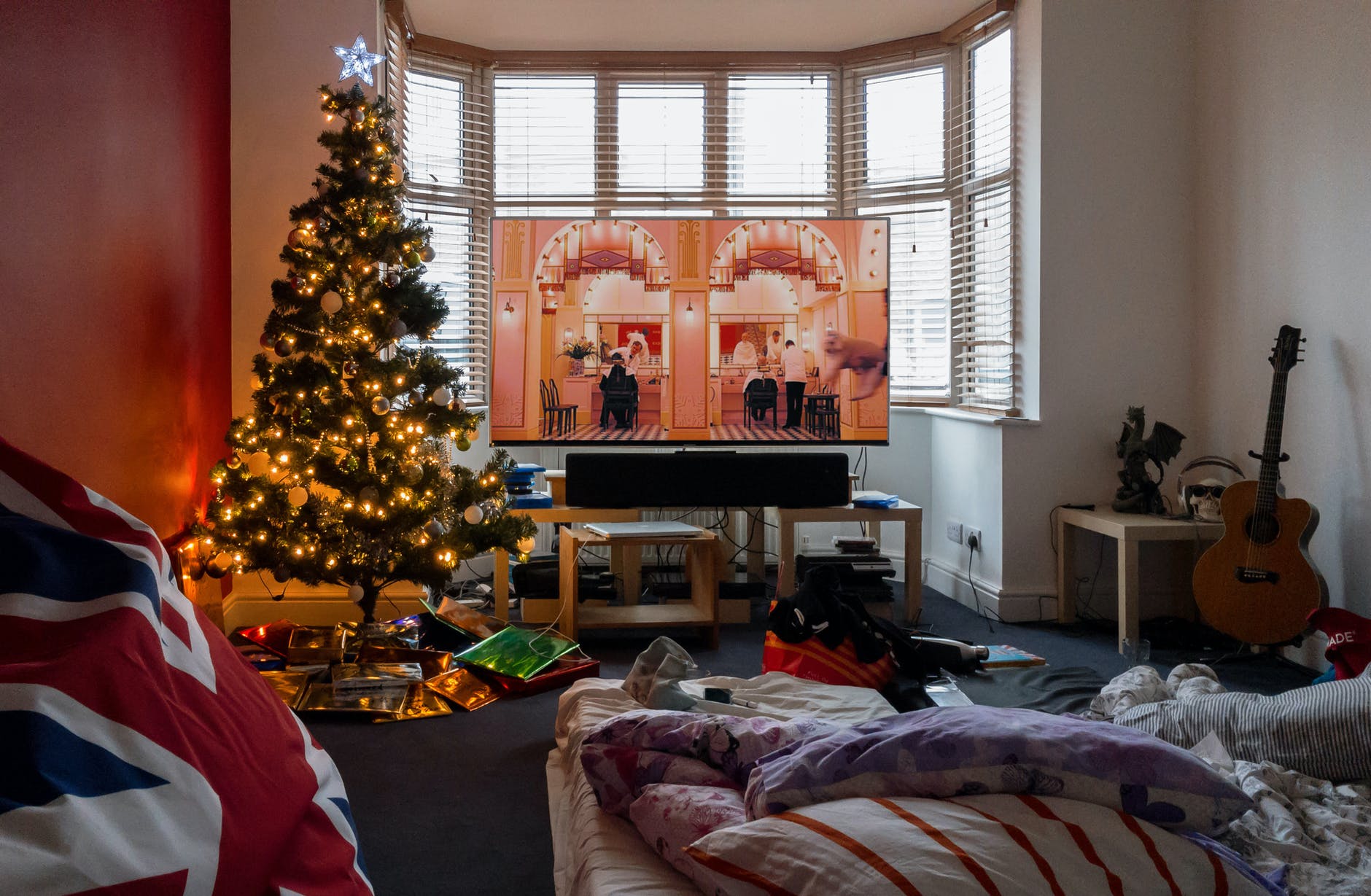 Nothing signals the beginning of Christmas more than seeing Christmas adverts popping up in between our TV shows. There have been some fantastic ads over the years, so I’ve compiled a list of THE best Christmas adverts ever to grace our goggleboxes.

Many younger readers today have probably not even laid eyes on a Yellow Pages, let alone had to use one. But back in 1992 it was the equivalent of Google for finding people and businesses, keeping a directory of all those important numbers for us.

It wasn’t until Christmas that year that TV viewers were shown another use for the big yellow book, too.

Wanting a kiss under the mistletoe, our tiny heartbreaker has to quite literally think on his feet, cleverly employing the book to make him just tall enough to steal that kiss.

Simple and very cute, for many people this is firm favourite when it comes to memorable Christmas adverts.

Even the biggest Grinches among us have a hard job denying the holiday season is approaching once the Coca Cola advert hits our TV screens.

A fan favourite since 1995, it’s made even more special by the fact that you can go and see the trucks as they visit towns all over the world during the Christmas period each year.

From 1996 to 1999, Nicholas Lyndhurst A.K.A. Rodney Trotter, was the star of the W H Smith’s adverts . Playing different members from the same family, he even won a Bafta for his efforts.

The 2011 advert by John Lewis depicts a very sweet little story. Our young lad, in typical childlike fashion, is quite literally counting down the minutes to Christmas.

He appears increasingly agitated and we obviously assume he wants to get to his presents. But this isn’t actually the case, he is just excited to give his parents their gift, from him. Awwwwwwww.

They may not have had the best advert of 2017, but Sainsburys certainly got the award for most memorable that year, in my opinion.

It was near impossible not to join in the sing-song when the advert came on, or to stop repeatedly singing it at work throughout the day because it was such an earworm.

The Bear and the Hare – John Lewis Christmas Advert (2013)

Played out alongside Lily Allen’s beautiful cover of Keane’s Somewhere Only We Know, the John Lewis Christmas advert in 2013 was such a tear-jerker.

It features a Bear and a Hare who are friends and have spent the Summer together. As winter starts to set in the Hare becomes sad because the Bear needs to go and hibernate. He is clearly upset that the Bear will miss Christmas. A few days pass and the Hare goes to the cave where the Bear is sleeping, leaving him a present.

Joyously the Bear turns up for the Christmas celebrations – the gift turned out to be an alarm clock, set to wake the Bear up on Christmas so that he doesn’t sleep through.

It ends with John Lewis telling us to ‘Give someone a Christmas they’ll never forget’ – sweeeeettt!!!!

Another advert that would hail the beginning of Christmas for me as a child was the classic Toys ‘R’ Us Advert originally shown in 1989.

Visiting Toys ‘R’ Us at any time of the year let alone at Christmas was a dream for most kids in the 90’s/ early 00s, and we ALL knew the jingle.

John Lewis are oh-so-good at tugging on our heart-strings with their Christmas adverts and 2015 was no exception.

We see 6-year-old Lily spy a man, seemingly lonely and living on the moon, through her telescope. She tries desperately to reach him but nothing seems to work.

Christmas Day comes, however, and the man on the moon receives a present of a telescope via helium balloon delivery. In a touching moment, Lily and the man are able to meet for the first time as they both look at each other through their telescopes. It’s a heart-warming story.

This advert made me laugh out loud when I first saw it and watching it back, it still makes me giggle.

The family are working hard to get the presents ready on Christmas Eve, even putting up a trampoline outside in the cold, ready for the morning. They relax in front of the TV, oblivious to the fact that a pair of foxes and a badger are jumping around on the trampoline outside. Buster the Boxer has noticed, however, and sits there staring longingly out of the window.

Christmas morning comes and our young girl runs out into the garden, fully ready to go nuts on the trampoline. She doesn’t quite make it there, however, as Buster has beaten her to it.

It was a really fun, light-hearted Christmas advert that everyone could enjoy in 2016.

Personally anything with a Raymond Brigg’s illustration in or on it always captures my attention as The Snowman was my favourite Christmas book as a child. But I hadn’t realised until recently whilst browsing YouTube, that his Father Christmas had appeared in an advert for Boots back in 1990.

It isn’t glamorous by today’s standards and it doesn’t have a catchy jingle, but it does have a wonderful, timeless character with a true-to-form storyline. Christmas is fast-approaching and Father Christmas has a vast shopping list to get through. Turns out, he can head down to Boots as they supply everything he is looking for (handy).

It’s a nostalgia-inducing advert and despite being fuss and thrill-free,  it seems even more special looking back on it now.

McDonald’s really surprised this year with their very heart-warming advert about the inner-child and growing up. It’s a subject that quite literally everyone can relate to – wanting to jump around like a child in excitement but feeling too old to behave that way – at some point in our lives.

Luckily for this sad mumma, her boy hasn’t quite gotten too old to celebrate Christmas with her just yet, and they end up having a lovely time. I very nearly cried the first time I saw it, so it’s definitely up there with the best Christmas adverts I’ve seen.

I was just re-watching this advert and I am in absolute bits and pieces, but it has confirmed with no doubt that this is by far a deserving winner on the list of the best Christmas adverts ever to grace our television screens.

The advert plays out the scene that occurred during Christmas of 1914, when the British and German soldiers lay down their weapons, meeting on No Man’s Land and even playing a game of football, showing that they were human, not just weapons of war. For a brief moment, our fighting men were given the opportunity to feel normal in horrific circumstances.

I know they are just actors and I know it is just an advert, but what it represents is something that all of us need to be reminded of once in a while – the presence of humanity. Sainsbury’s re-telling of this wonderful, breath-taking moment in history is so wonderfully done. It is hauntingly beautiful.

2014 was a year that the U.K. came together to pay dedication to the memory of the First World War, with all of us paying our respects on the centenary of the event. I may have personal bias towards this given both my brothers were active soldiers until recently, but I still think it is the best Christmas advert ever regardless and it is going to take something HUGE to knock this one off my top spot!