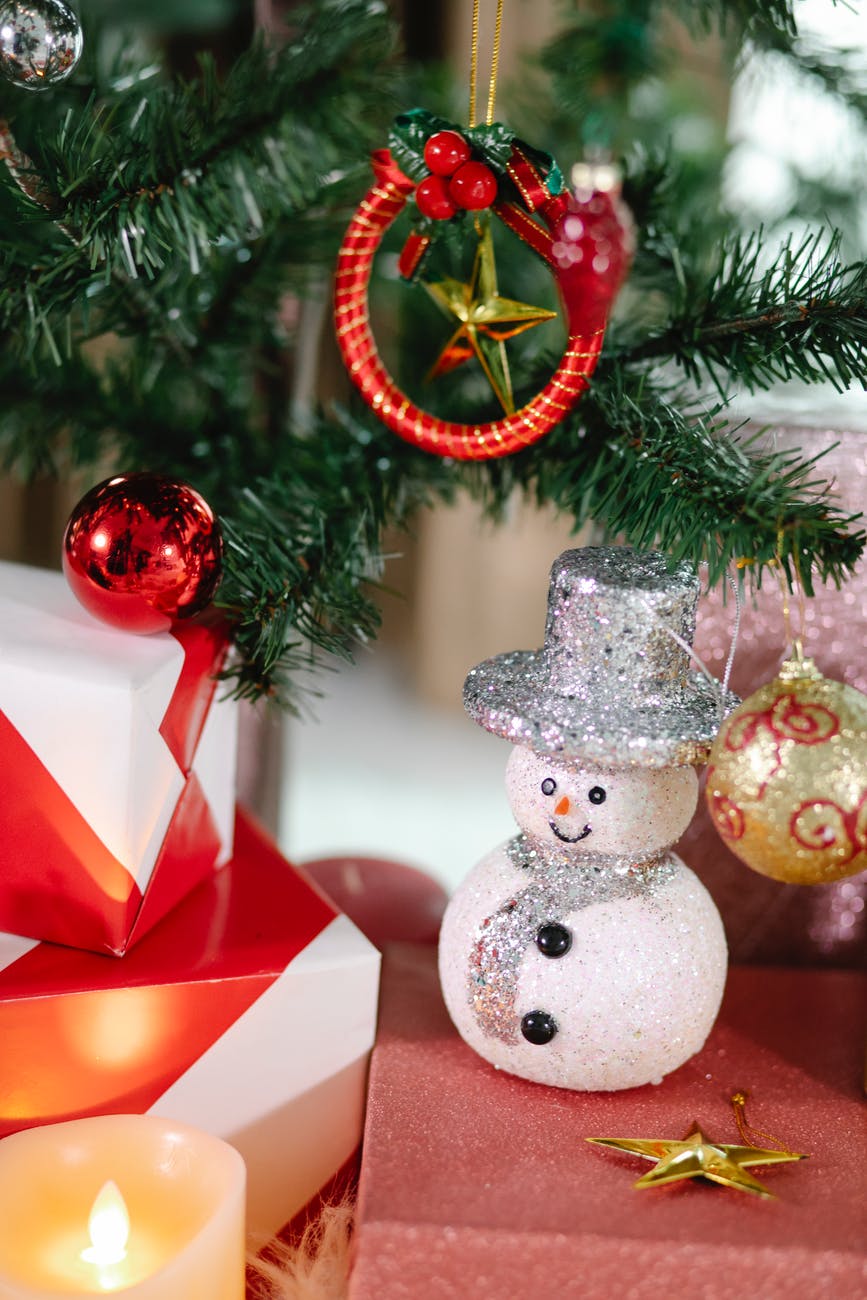 It’s finally time for Christmas TV shows and specials to start gracing our goggleboxes once more. I’ve been going over the Christmas TV Guide 2020 and will definitely be watching some of the great shows they’ve got lined up for us this year.

Big Fat Quiz of the Year

The annual quiz and roundup of the year’s events returns on December 26th. Host Jimmy Carr will be joined by BF Quiz regulars Richard Ayoade and David Mitchell, plus guests Maya Jama, James Acaster, Joe Lycett and Stacey Solomon, who will no doubt bring their own doses of hilarity to the show.

Every year I look forward with anticipation to Jon Snow’s questions.

I love The Wheel with the normal contestants so I am really looking forward to celebs taking part. On Christmas Day Holly Willoughby, Alan Carr and Oti Mabuse are having at go at answering the questions and hopefully raising a bit of cash with the help of some other celebs, too.

Beloved illustrator Quentin Blake’s Clown will be coming to life on Christmas Day this year over on Channel 4. Narrated by Helena Bonham Carter, Clown is the story of a toy who is thrown out with a bunch of other old used playthings, who tries to find a new home for himself and all his friends.

As a Children’s Literature grad and all round enthusiast, I always look forward to Channel 4’s Christmas Day offerings, and I am no less excited about this years!

This countdown of all the most memorable moments from Strictly Come Dancing over the years should be sure to throw up some classic mishaps and triumphs, that’s for sure.

It barely feels as though a year has passed since last Christmas in Albert Square. Of course with Covid-19, the soaps had to stretch out their episodes and at one point stop filming altogether – nevertheless the storylines are all in place and we’re heading towards what is set to be another explosive Christmas in Walford.

Who really attacked Ian? What will happen to Kush? Will Halfway get caught playing his dangerous game? Will Gray ever get caught for the murder? Why did Sharon marry Ian? There are so many questions still to be answered this year.

Birds of a Feather Christmas Special

This classic sitcom is having another revival, this time in the form of a one-off Christmas special on the 24th.

Whilst Pauline Quirke won’t be appearing as Sharon – they’ve written her out as being trapped on a cruise ship due to Covid-19 – Linda Robson and Lesley Joseph A.K.A. Tracey and Dorien are starring and I look forward to see what they have in store for us this time around.

The Story of SM:TV Live

I think everyone who grew up in the 1990s will be tuning in for this one. It motivated tweens and teens everywhere to get out of bed on Saturday mornings which was a major feat in itself, let alone its ability to secure two Bafta wins with its well-written comedy sketches.

SM:TV Live was an institution and one we all have fond memories of. I can’t wait for Ant, Dec and Cat to reunite and reminisce with us all about the likes of Chums, Wonkey Donkey and the Post Bag. It was so good!

Who Wants to be a Millionaire?

Jeremy Clarkson is back on the 26th and 27th with a line up of celebrity guests ready to have a go at the questions. It’s a pretty decent crew including Piers Morgan, Jordan Banjo, Kym Marsh, Prue Leith and Ronnie Ancona jumping into the hot seat across the two nights.

Roald & Beatrix: The Tail of the Curious Mouse

Ahhh! I can’t wait to watch this! A Sky original programme, this is a lovely tale based on the true story of when then six-year-old Roald Dahl met his hero, author and illustrator Beatrix Potter.

With a fantastic cast including Rob Brydon, Dawn French, Bill Bailey and Alison Steadman, I doubt this one will disappoint and I can’t wait to watch it.

The Real Full Monty on Ice

Not only are another load of celebs baring all to raise awareness for cancer and to encourage self-checks, they’re going to be doing it ice skating, too. Talk about risqué! Fair play to them

In this special episode of The Grand Tour, Jeremy Clarkson, Richard Hammond and James May are on the island of Reunion and Madagascar. They’re off on a hunt after hearing about some treasure located locally. Whatever they get up to, I’m sure it’ll be worth watching.

Who doesn’t love love, especially at Christmas time. That’s why I’ll be watching First Dates at Christmas. They’ve got a new cosy, country setting to get those romance vibes a-going, let’s hope someone finds love this year.

The Wall Vs. Celebrities

Danny Dyer and The Wall are back, this time with celebrities trying their luck. Let’s hope the game is kind to Stacey Dooley and Craig Revel Horwood as they’ll be trying their best for charity.

The Repair Shop at Christmas

This programme is so gut-wrenching yet heart-warming all at once. Prepare for a wave of emotions as people continue to bring their beloved items to The Repair Shop in the hope of restoration.

Bradley Walsh’s How To Win a Gameshow

Bradley is revealing all his television gameshow secrets with help from Ant and Dec, Stephen Mulhern and Ben Shephard. This one could be interesting if you’ve ever wondered about going on a show – which I definitely have.

The Vicar of Dibley Christmas Specials

It’s been a whopping 13 years since a new episode of The Vicar of Dibley aired, so unsuprisingly there has been a LOT of buzz around its return this December.

Filmed as a mini-series in three-10-minute episodes, these will air each Monday from 7th December onwards, and will then be replayed altogether as a 30-minute episode at some point over Christmas.

What are your top picks from the Christmas TV Guide 2020? Can you recommend any shows? Comment below!