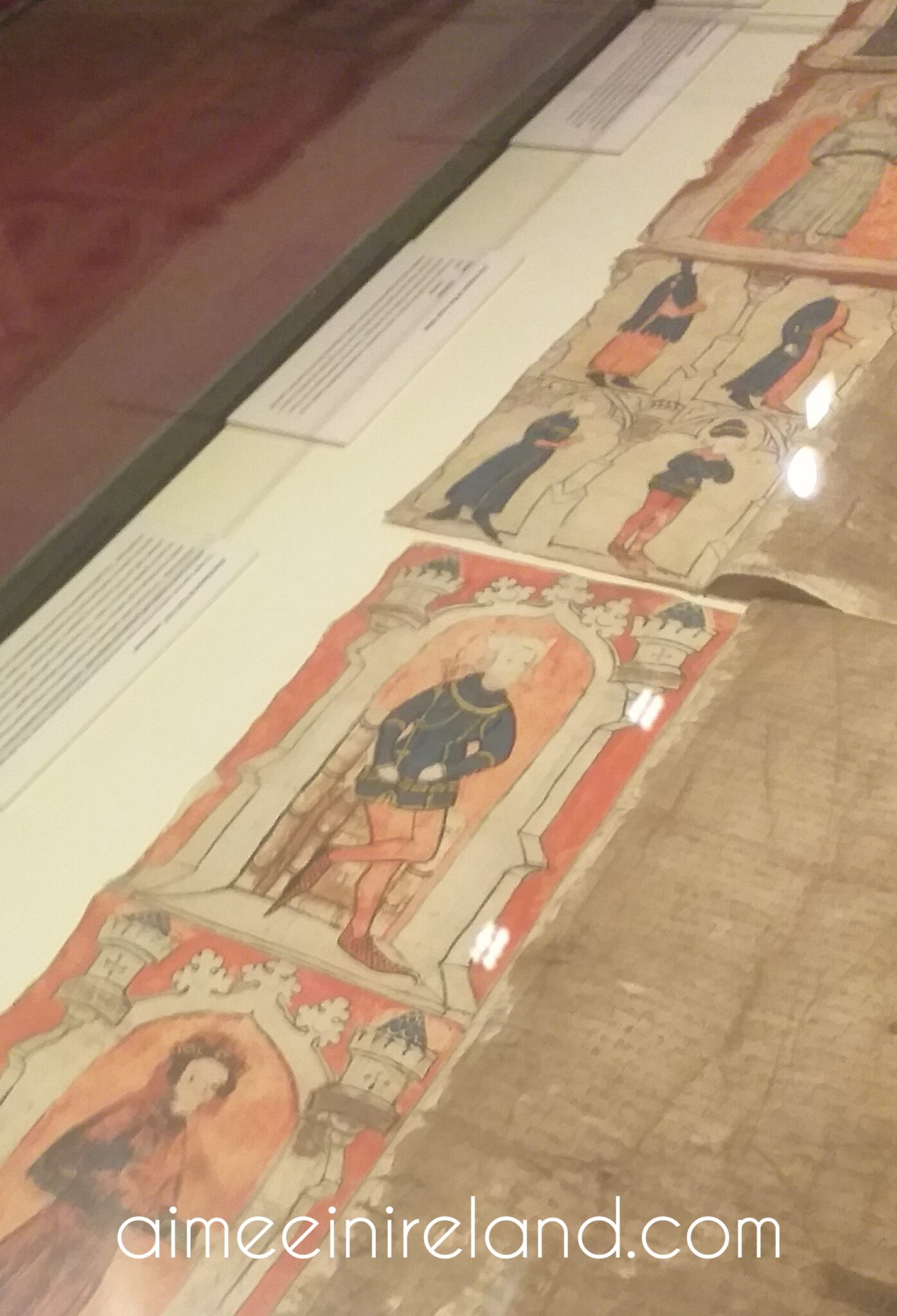 My mum was over visiting me from England last week and as we both love museums and galleries, I took the opportunity to spend the afternoon with her at the Waterford Treasures Medieval Museum.

We had already planned to take a wander around the city because she hadn’t been in Waterford for years, and as all the attractions in Waterford City are within walking distance of each other within the Viking Triangle, it was easy to incorporate this into our day out on a whim.

There is ample parking in the city and entry to the museum is more than reasonable at 10 euros per adult. Tours were available but as we prefer to explore at our own pace we headed off solo.

From the entrance we were advised to walk down some 13th century stone stairs which took us into another world completely. From the brightness and modernity of the reception area we were suddenly transported back in time as we entered the medieval Chorister’s Hall, a chamber built in 1270.

Through the hall and up a set of stairs, we came to the oldest wine vault in Ireland, built around 1440. Waterford has a rich, interesting and highly intricate history surrounding the import of wine into Ireland. You can learn about this in depth on the visit via the audio-visuals provided.

I was most interested in seeing The Great Charter Roll of 1373. Its purpose was to state Waterford City’s case to retain the monopoly on wine import to Ireland after ships and the subsequent income from them were being lost to the neighbouring port of Rosslare. Warfare had ensued and this still stands as the longest dispute on trade recorded in Irish history to date.

The Charter depicts portraits of the kings of England from Henry II, the first English King to visit Ireland, up to Edward III, monarch of England at the time of the Charter. The Charter was so detailed, with no less than 18 illustrations in order to keep the King’s attention. Waterford was pleading to retain its status as a Royal City by reminding the King of the longstanding relationship and unfaltering loyalty to the monarchy in England. It’s an amazing thing to see up close.

Also on display is the impressive sword of Edward IV, gifted to Waterford as a sign of loyalty from the King to show his allegiance, until such a time that his political endeavours allowed him to focus in on Ireland. Until my visit, I had no idea that Waterford was so deeply linked to the monarchy in England. Queen Elizabeth II viewed it during her visit to Ireland in 2011.

You can also view historic vestments, medieval artefacts and jewellery. There is lots to see and learn about the interesting history of the medieval city at Waterford Medieval Museum.

I’d highly recommend a visit if you’re staying in the area, however, as the museum isn’t quite as big as I expected (I am used to the V&A or the NHS size museums having grown up in the UK) I would recommend visiting more than just one of the museums if you have nothing else planned for the day.

You will have ample time to grab a coffee, visit two museums, have a stroll around the City shops and even grab some lunch!

Have you been to any of the museums in the Viking Triangle? Comment below and let me know!