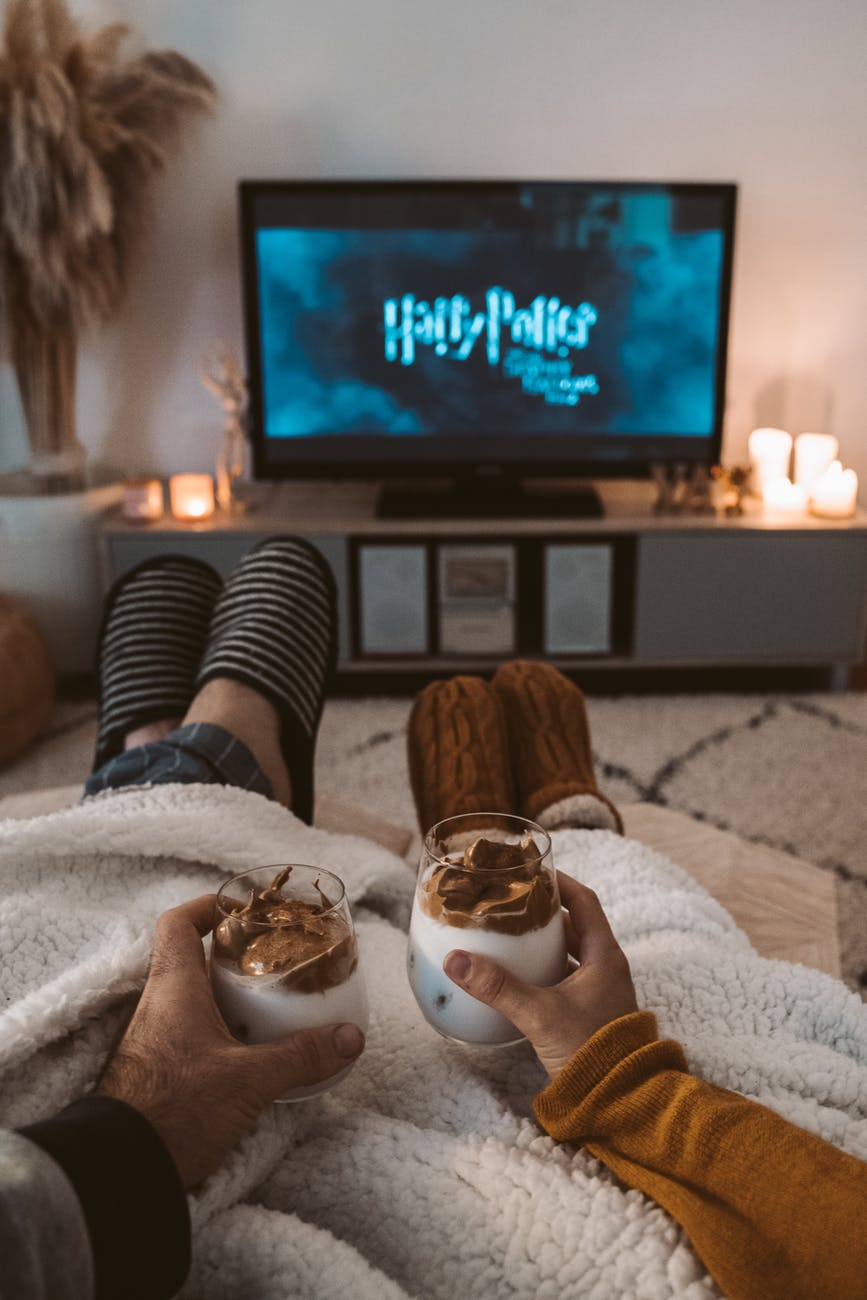 If you’re feeling Christmassy but happen to be in the mood for something a little less happily ever after, why not check out one of these alternative Christmas films?

*Disclosure: Some of the links below are affiliate links meaning, at no additional cost to you, I will earn a commission if you click through and make a purchase

If you need a bit of Christmas comedy in your life, this is the film for you.

After years of spending Christmas Eve together as young, crazy party animals, three friends realise that their annual shennanigans inevitably have to come to an end.

In an attempt to spend one final blow-out Christmas Eve together, the trio set out in search of the ultimate Christmas Eve party – The Nutcracka Ball in New York.

Starring Seth Rogen, Joseph Gordon-Levitt and Anthony Mackie, with a line-up of great guest stars, this film is downright hilarious and the perfect alternative Christmas film.

Stranded at their sorority house on campus at Christmas, a group of girls end up trapped in a living hell with an escaped killer.

Unfortunately for them, he calls the sorority house home too.

A total Christmas slasher, it has a really good cast that includes Lacey Chabert, Michelle Trachtenberg and Katie Cassidy. This is definitely an alternative Christmas film to check out if you fancy a festive-themed horror.

Not all men dressed as Santa are good men apparently, and Willie, played by Billie Bob Thornton, certainly isn’t a good man.

Planning on robbing a mall at Christmas, things don’t go to plan when he ends up inadvertently befriending a little boy who is convinced that Willie is the real Santa Claus.

Gotham City is once again under threat, and this time it’s the Penguin and Catwoman wreaking havoc. Time for Batman to catch the bad guys and it just so happens to be set in the days leading up to Christmas.

Gotham City looks spectacular dressed up in the vivid colours and props of the festive season and the Christmas backdrop looks like a winter wonderland. All these extra Christmassy elements add so much to the fantasy-feel of the film that just feels so … mmm … to watch.

Whilst some parts are clearly intended for the 3D audience, A Very Harold & Kumar 3D Christmas is still just as funny when watched normally.

Whilst entrusted with the oh-so-important family Christmas tree by his mega-scary Father-in-law, an unexpected visit from Harold’s old pal Kumar naturally causes absolute chaos and the destruction of the precious tree.

The two reunited friends set out to find a replacement but of course it doesn’t go smoothly and classic Harold & Kumar hilarity ensues.

Dan Aykroyd and Eddie Murphy play a rich investor and street-hustler respectively, who find their fortunes switched thanks to a bet by two millionaire brothers.

A classic 80’s movie, it’s the epitome of the alternative Christmas film.

Another classic 80’s film, comedy-horror Gremlins tells the story of a young man whose father gifts him an unusual pet called a Mogwai for Christmas.

Unfortunately for his small town, he doesn’t follow the care instructions and his Mogwai spawns lots of mischevious Gremlins that wreak havoc and destruction everywhere they go.

Krampus is a comedy-horror with its roots based in the freaky folklore tale of the character of the same name from Austro-Bavarian history.

After a family’s constant arguing causes a boy to lose his Christmas spirit, Krampus is unleashed and the demonic beast sets out to punish all the bad children at Christmas.

Ultimately, the family have to work together to save themselves from the monster.

This film has caused millions to attest for and against its worthiness as a Christmas movie. I would say that the fact that it’s even an argument would make it so.

Bruce Willis is John McClane, super-cool detective with an M.O. of spending Christmas with his estranged wife. After heading to her Christmas party to see her, a hostage situation ensues and it’s up to McClane to save the day.

It’s set on Christmas Eve, he’s going to her Christmas party and it’s a love story as well as being action-packed, so it’s definitely an (albeit alternative) Christmas film and definitely one to watch if you haven’t already.

What’s your favourite alternative Christmas film? Do you have any recommendations? Comment below!