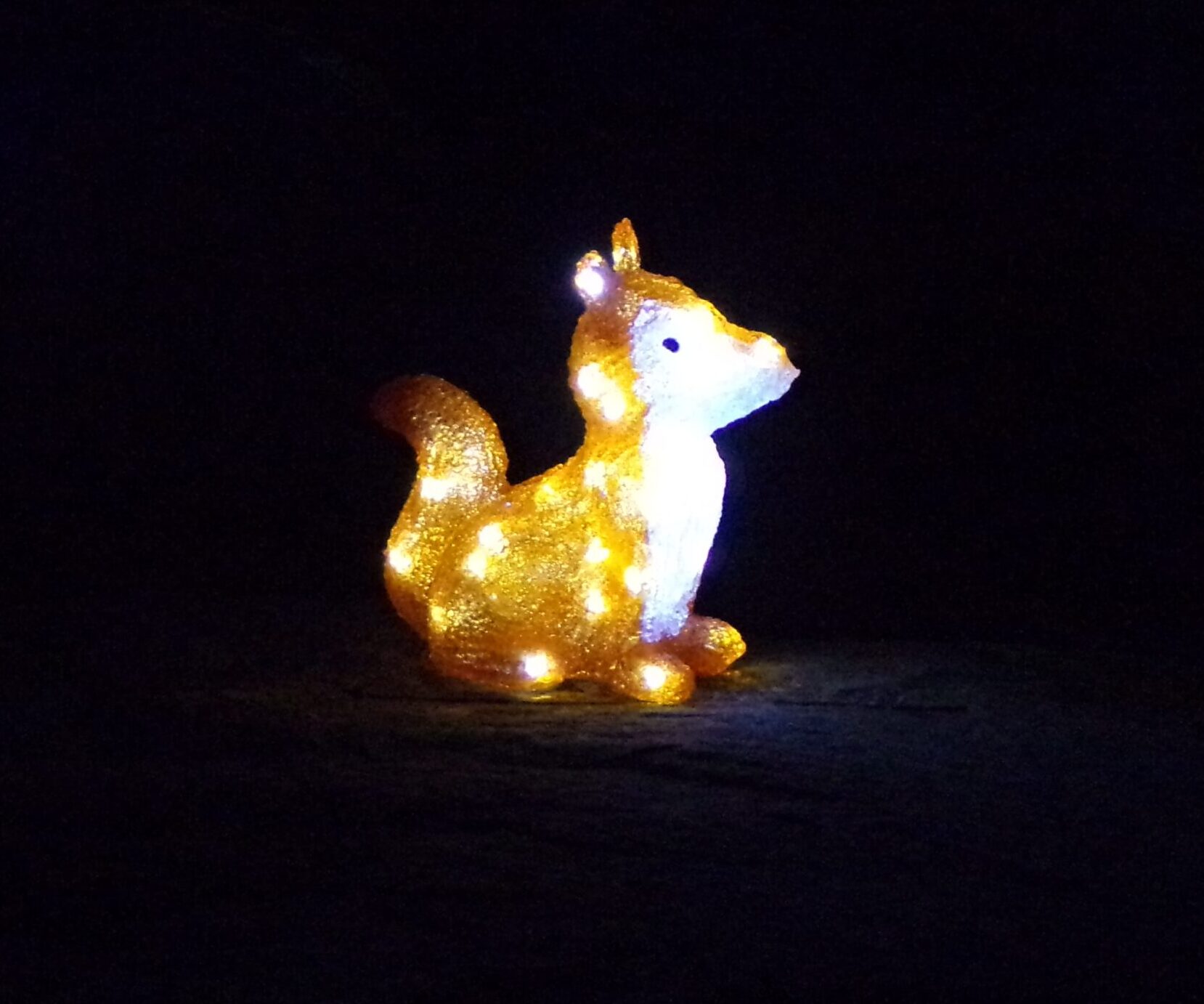 Just a few minutes walk from my home is a hidden gem of a spot: the Lafcadio Hearn Japanese Gardens in Tramore, Co. Waterford.

Having never visited before, I decided to double dose and go twice this festive period, as they were holding an event.

On a normal day, the Gardens offer a tranquil spot for reflection and relaxation with gorgeous views of Tramore Promenade and the beach. However, from December 6th 2019 – January 5th 2020 (Weds-Sun) they’ve turned the Gardens into a spectacular winter wonderland, fit to burst with magic.

Upon entering the gardens, we were initially greeted by a violinist playing Christmas carols as shooting stars burst across the main building on the site. Candles then lit the path – it really did feel special. Kudos to the Garden’s team for setting a beautiful tone from the very beginning.

We made our way underneath an arch at which point you could grab a mulled wine or hot chocolate and either start your tour or sit under the marquee to enjoy them. The second time I visited was on New Year’s Eve and an orchestra were playing for those having refreshments which was pretty awesome. There were glowing/ flashing toys for children available to purchase here, too.

Winding around the narrow paths of the Gardens, everywhere you looked there was something to absorb. Wherever there was space, there was a light installation. Animal lights, fairy lights, candy canes, icicles, unicorns – you name it, they had it somewhere.

My favourite was the below unicorn which sat next to a speaker playing ‘When You Wish Upon A Star’ from Disney. My inner child was delighted! Unfortunately it was set a little way back on a hill, so I couldn’t get the best photo, but it is lovely seen up close.

Partway through the tour, on NYE, you could partake in the countdown to Japanese New Year whilst listening to traditional Japanese music around the fire pit, too.

And a little further on, there was a large Fairy Dome, inhabited by an actual fairy who welcomed children to sit on cushions in a circle whilst she read fairy stories. Children can also look out for the fairy doors around the Gardens, too.

I would highly recommend visiting if they have this event on again next year. It’s suitable for absolutely everyone (part-accessible for wheelchairs and prams) and a really fun way to either get into the festive spirit or to try and eek out the feeling for as long as possible after the New Year.

Whilst spending a bit of NYE there was fun, it was extremely crowded so I’d go on a normal night next year if you want a super relaxing experience. Weather permitting – the event runs from Wednesday to Sunday, so if you can get down on a weeknight it may be less busy.

Lafcadio Hearn (b. 1850) is credited as introducing Japanese culture and literature to the West. Having lived and taught in Japan, Hearn developed a captivation with the Japanese and penned many essays on the culture.

Raised in Dublin, Hearn holidayed as a child in Tramore and in 2012 his Great-Grandson decided to visit with his wife to experience the area.

The concept was developed and with the assistance of the local development trust, Waterford County Council, the Japanese JEC Fund, various Irish and Japanese businesses, Hearn’s family and many local residents, the Lafcadio Hearn Japanese Gardens officially opened in 2015.

Have you been to the Japanese Gardens in Tramore? Do you have any small Christmas events near you that you’d recommend to others? Comment below!